The Grampian Highland Games Glenfiddoch Qualifying Heavy Events will start at 11am.

The Open Heavy Events will start at 1.30pm.

Putting The Stone – A 16lb or 22lb stone which is putt with one hand only from in front of the shoulders.

Throwing The Hammer – The sphere of the hammer weighs either 16lb or 22lb and has a wooden shaft measuring 4’2″ overall.  The hammer is swung around the thrower’s head to gain momentum and is realeased, throwing straight off behind the thrower!

Throwing The Weight For Distance – A 28lb sphere on a chain with a handle at the end.  The thrower swings the weight to the side then behind him, he waltzes around and on the third turn heaves the weight round and throws it as far as he can.

Tossing The Caber – A tree trunk weighing approximately 150lb and about 18′ long.  The caber is lifted and the length rests on the throwers shoulder.  With a fast run then sharp stop, the thrower tosses the end he is holding into the air so it lands pointing away from him 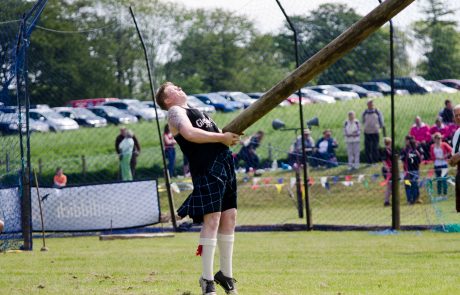 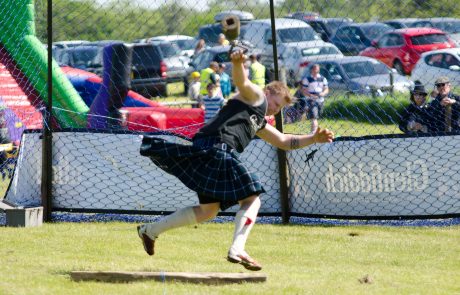 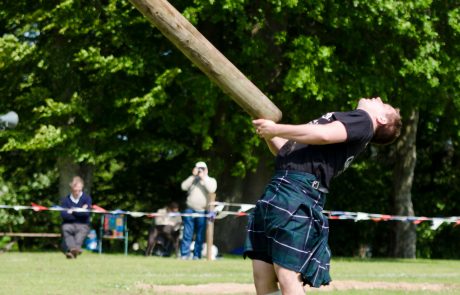